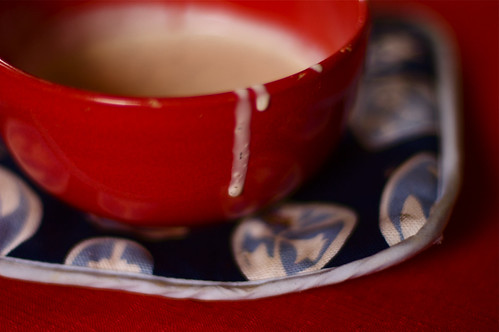 I once taught with a man named Paul Raymond.

Oh, Paul Raymond. Paul had survived the Korean War, the Civil Rights movement, the Kennedy assassination, the 60s, Tricky Dick, all the machinations of Vietnam, Ronald Reagan, and beyond. He taught the human stories that make up 20th-century history at the school in Seattle where I taught before leaving to write full-time. Actually, Paul helped to found the school, and he had been a powerful presence for decades.

Paul wore a different wildly hued silk shirt to school every day. One year, some students organized a Paul Raymond day, and half the students walking downstairs and lounging in hallways were wearing faded silk shirts that billowed out past their waists. (Some of them had bought shirts from Paul’s voluminous collection, apparently.) They also showed up in khaki shorts, thick wool socks, and Teva sandals. Just like Paul did. Every day.

One of my favorite Paul Raymond memories was listening to him give an impassioned polemic on Herbert Hoover’s failed economic policies. “He thought that he’d help Americans with food shortages by sending them broccoli seeds!” Paul bellowed. (Paul bellowed, in a friendly fashion. He had a booming voice, a capacious belly, and the moral authority instilled by dozens of years of teaching, and a lot of living before that. Besides, that was just Paul.) He stepped around the lectern, gingerly  his knees were shot; his diabetes forced him slower  to pause, for effect. He looked down at his feet.
A pair of chunky shoes rested just under the hem of his pants. This was November, after all. Time to retire the shorts until spring.
Paul looked up at everyone in the classroom, and with astonishment in his voice and mischief in his eyes, he shouted, “I’m wearing shoes!”
The entire class burst apart, a sharp clap of laughter in the lecture hall. I leaned forward in my giggling and nearly fell off the stool I was sitting on. We all took a moment to breathe.
That was Paul.

If you haven’t already gathered this, Paul was a bit of a trickster. He loved to take the mickey out of anyone’s pretensions. Even, sometimes, insecure 16-year-olds, some of whom left his office in tears a time or two. But they all came back to thank him later, for expecting so much from them. He had a glint in his eye when he talked, and he expected you to play back. (I think Paul liked me from the first conversation we had, in the back of a bus, going to a staff retreat. I bullshitted with him, back and forth, saying nothing, all sarcasm. He was on my side ever after.) Paul loved nothing so much as a good argument (in a civil fashion), even though he won most of the time.

Paul was a tremendous teacher. When reading student papers in my first year of teaching there, I made notes in the margins, asked questions, and generally wrote more on their papers than they had written themselves. In conferences, little clutches of students would perch on the couch in my office and listen to my advice. However, since it was already written on the page, I was merely rehashing thoughts from the night before. Good work, but not the relaxed action of being in the moment.

And then, when I sat in the office between conferences, marking up more papers, I started listening to Paul in the cubicle next door. He had the students read out their papers. He listened, leaned back in his chair, his hands folded on his belly. Every once in a while, he might ask a question or insert a statement, but mostly he listened. When the student finished, he wanted to know what the others had thought. And when they finished, he laid out his thoughts, in every complexity, about the thesis (or lack thereof), the research, the quality of thinking that shone through in the words. In 45 minutes, those students had a chance to really learn.

He never put a pen to any of their papers.

My first year there, I thought he was lazy. Certainly, he was allowed a pass  in his early 70s, teaching all his life. Why not? But the longer I listened, the more I realized: Paul had it right. It wasn’t about me, my thoughts scribbled on the page in blue ink. What mattered is what the students learned from the process of writing those thesis statements on the Pacific Front of WWII or Nadine Gordimer’s characterization of South Africans. And boy, did they learn.

I could tell you about Paul Raymond all day, I am realizing. There are so many stories. Like the story he told some years about watching his best friend, a black man, die beside him in a trench in Korea. And then going back to America and watching other black men, home from the war, having to use separate drinking fountains from whites. (He only told it some years because it was too hard for him to tell it in others.) Or the stories of being a white man from Kansas in the depths of Mississippi during the late 50s, working for civil rights and having doors slammed in his face. Or how Paul took a week off of school every year to fly down to Georgia to protest the School of Americas, with nuns from El Salvador and peace activists from around the world.

Or how Paul sat down at his desk at school and wrote a postcard to his daughter in college every single day.

I can only imagine how she treasures those postcards now. Paul died in the spring of 2007, the year after I left the school.

The hole is enormous.

Of everything Paul Raymond taught me, what has stayed with me most is one sentence.

He began every year with it, chanted it to students when they grew nervous during tests, and became so famous for it that little slips of laminated paper with the sentence printed on them were passed out at his memorial service. (I still have mine.)

“Do the best you can in the time available to you.”

Take a moment to chew on that.

I find it maddeningly easy to grow overwhelmed, with work, the clutter in the living room, and mostly my expectations of what a productive day should be. With an active (and now healthy) baby, a writing career, a husband I love, a new community, a garden that needs watering, friends’ birthdays, laundry to be done, and 473 emails I probably should have answered already? I can go a little batty. Sometimes I feel lousy about myself as a person.

And cooking has changed, since Little Bean arrived. There are no longer hours to roast and sauté, to play with new ingredients and contemplate flavor pairings. Sometimes. But not every day. Last night, I intended to make charred leeks with romesco sauce, arugula salads with a black pepper-Parmesan vinaigrette, and a basil roasted chicken. But the baby bucked against sleeping, for three hours, with the wilting heat we’re having, and she needed me to hold her in her terrible, mischievous exhaustion. I didn’t step foot in the kitchen until she finally went to sleep, just as the darkness gathered outside. Ten minutes before Danny arrived home.

I grew frustrated. I had wanted those three hours to be different. But then I remembered: she was doing the best she could too. Do you remember being a kid and fighting sleep when it was still light outside and you wanted to play? And besides, she’s here. That little smirk as she stood up in her crib was hard to resist.

Danny listened to me be frustrated. He held me. About 11 pm, he threw some Skagit River ground beef on the grill. I dumped some greens out of a bag and threw on some of our ranch dressing. The burgers were juicy, far tastier than I had remembered. And we told stories as we ate those salads, remembering again what it felt like to be a kid.

When life threatens to boil over, like a pot too full of water, I do three things. Tickle Little Bean and watch her giggle. Look down at my wrist at the yes in blue ink, to remind myself to say yes to this moment too. And I think of Paul Raymond, who led a full, imperfect life, and gave me this gift:

Do the best you can in the time available to you.

And when I remember that we are all doing this (even when we’re scrambling), that we’re all just trying our best (even the people who annoy me), everything in life tastes better.

I have a feeling we’ll be saying this to Little Bean often, as she grows up. Do the best you can in the time available to you, sweetie. It’s all we can do, after all. 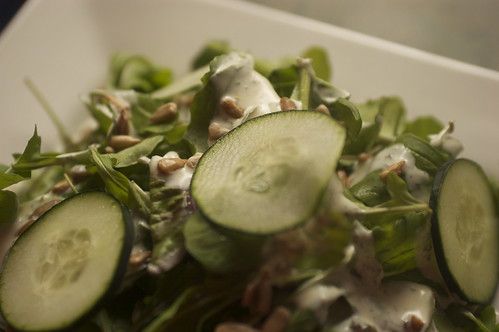 Buttermilk Ranch Dressing, thanks to Cookiecrumb

For the past few years of playing with my food, I’ve had this feeling that I should be eating something more refined than ranch dressing. After all, bottled ranch is what I ate on iceberg lettuce salads as a kid. Surely I’ve grown past it?

Really, buttermilk ranch dressing made from scratch? What the heck was I thinking was wrong with that? We’re a little bit obsessed with this at the moment.

It all started on Twitter (as so much does, these days). I mentioned something about ranch, and the inimitable Cookiecrumb sent me this:

Well, really, do you need the recipe? There it is.

Oh, all right. I’ll write it out. But really, you know now. Easy. Takes five minutes. And with fresh buttermilk (as fresh as you can find it), homemade mayonnaise, and good full-fat yogurt, this is about the best salad dressing I’ve ever found.

But if, like us sometimes, you are doing the best you can in the time available to you, bottled Hidden Valley ranch dressing is gluten-free. And it’s still pretty darned good.

Mix everything together. Taste. The dressing might taste a bit more muted than you want, but beware of adding too much more seasoning. As Cookiecrumb said, let it burgeon.

Allow the dressing to sit for a day. Taste. Yeah, that’s it.

Use in any fashion you wish.